About The Stratagem Group

We are a collective of creative companies and a catalyst for transformative change in society and economies. Stratagem’s integrated portfolio of companies focuses on the development of globally competitive talent and film content in Ontario, designed with and in support of extraordinary local, national and international partners, collaborators and clients.

Stratagem offers unique solutions in studio development and operation, content creation, finance and production service, post production and workforce development working with top-tier partners within Ontario and from around the world.

We pride ourselves in offering an extraordinary suite of programs aimed at supporting talent and production through every stage of development. Stratagem is committed to working collaboratively with its wider community to ensure that global talent and meaningful content can flourish, uplift and inspire, while also striving to help eliminate and overcome systemic barriers to participation.

The Stratagem Group of Companies

We create global possibilities through:

Stratagem Studios – In Fall 2020, Stratagem Studios will launch over 200,000 square feet of top tier feature quality stages and support spaces in Toronto that will meet the needs of today’s most discerning global content creators. We have committed to operate, acquire and build over 1.5 million square feet of state-of-the-art studio facilities across Ontario and around the world by 2025.

Stratagem Rx – The Rx is a custom production solutions company that offers best in class, concierge services across the entire production pipeline. A creative company run by Creatives means we are focused on getting our clients from greenlight to final frame with proprietary access and expertise. Based in Toronto, the Rx is the trusted white glove service for international productions and offers expertise in jurisdictions around the world.

Stratagem Post-Production – Stratagem Post offers one of North America’s top Dolby Atmos Certified Mix Theatres, a 5,500 square foot facility with 41 speaker surround sound and 70,000 watts of power, DCI 4k digital projections and unprecedented band width and speed including support suites for ADR, Colour correction, and DIT. Stratagem Post is able to capture a range of workloads from dailies to 4K conversions to finishing on International co-productions, domestic and local series and features, as well as student and underserved creatives.

Stratagem Financial – Design and deliver equity, debt and creative financing strategies that take projects from development to audit, and through production to distribution.

Stratagem Workforce – We serve the global media industry through the development and licensing of education, training, internship and placement programmes and, in collaboration with industry institutions and crafts, we support the training of creative talent to reaches its fullest professional potential to address Ontario’s screen industry expansion. 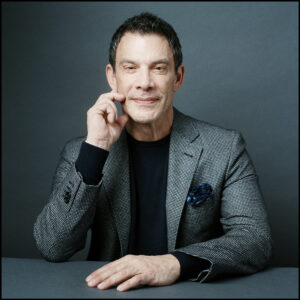 Following a successful international business career, Michael Cerenzie returned home to Canada in 2016 and soon founded The Stratagem Group where he guides a diverse portfolio of creative companies that are designed to enable transformative change in society, and to ensure Canadian talent and institutions are equipped to compete in the booming global film market.

Since 2016, Michael has built out The Stratagem Group’s portfolio of companies, gathered an exceptional team of executives and international advisors, initiated numerous studio and real estate projects and co-ventures, established significant partnerships with film unions, launched internship partnerships with colleges all across Ontario and has secured significant investment support for The Stratagem Group’s companies and projects.

Michael is committed to advancing Stratagem’s mandate of working collaboratively with its investment and industry partners to ensure that Canada’s creative talent and content changes lives – not just through telling meaningful stories on screen, but through building businesses, jobs and economies that support the dreams and professional aspirations of current and future generations of creative Canadians.

Throughout his career, Michael Cerenzie has successfully built a career as a seasoned multi-award winning film producer, financier and serial entrepreneur who has succeeded across a wide range of creative endeavours. Born and raised in Northern Ontario, Mr. Cerenzie has built a global career living and working in over twenty countries over the past thirty years.

Over his career, Michael has built a diverse network of both creative and business relationships, keen industry acumen, and a heightened awareness of developing trends and new opportunities to film and television development, packaging, productions, financing, treaty and non-treaty co-productions and distribution.

Mr. Cerenzie has developed, produced and financed more than a dozen films both independently and in partnership with almost every major studio in Hollywood. He has collaborated with some of the most talented filmmakers in the business including Jim Sheridan, Robert Altman and Sidney Lumet and with an extensive list of Academy Award winning and nominated actors.

His films have premiered or competed at the Cannes, Venice, Deauville, Sundance and Toronto International Film Festivals, and have been awarded top honors from the AFI, Boston, Chicago, Los Angeles and New York Film Critics Associations and the Independent Spirit Awards. As a financier, Mr. Cerenzie has excelled specifically in cross-border development strategies and foreign investments, having been responsible for raising in excess of $900 million focused primarily on media, tech, entertainment related companies and on real estate and development. 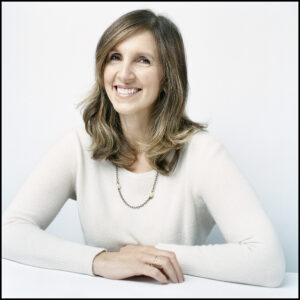 Michele Alosinac is a 25-year veteran of Toronto’s film and television industry where her career as a producer and director informed her policy development and community building for both the City of Toronto as its first Film Sector Development lead, and with the Ontario Heritage Trust where she created and headed its Business and Film Development portfolios.

She is a McGill graduate with a joint major in Political Science and History and holds a degree in Animation from Sheridan College. She led Business and Film Development for the Ontario Heritage Trust from 1994-2002 before embarking on creating, producing and directing multiple television series around the world for international broadcasters for over a decade.

During her time at the City of Toronto’s Film & Entertainment Industries, the local production industry grew from $1.4B to $2.0B and she assisted in the maturing and growth of the sector through her shepherding of marketing campaigns, industry outreach, government advocacy and collaborating on critical industry initiatives such as The Film, Television and Digital Media Board’s Strategic Plan, xoTO Toronto Loves Film brand, TOCore, xoTO Schools, Film Permitting upgrades and Mayor Tory’s LA Missions and xoTO House at TIFF. 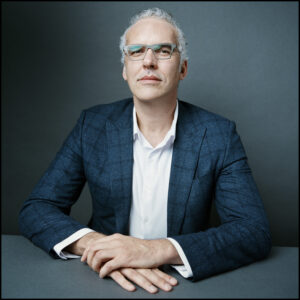 Jeff Melanson is one of the most prominent executives in the Canadian arts and culture community. Jeff is known for his inventive approach to meeting disruptive innovation with bold strategy and practical vision.

Lauded internationally for his creative entrepreneurship approach to leadership, Jeff has proven methods for finding hidden talent and opportunity within an organization, from out-of-the-box strategic and financial growth opportunities for organizations to finding the dynamic growth potential that traditional business practice overlook. Jeff was President and CEO of the Toronto Symphony Orchestra, President of The Banff Centre, Dean of The Royal Conservatory of Music’s Community School in Toronto and Executive Director of Canada’s National Ballet School.

Jeff holds an MBA from Wilfrid Laurier University. He is also a frequent strategist, guest panelist and lecturer on disruptive innovation, design thinking, creative economies, city building, and creative entrepreneurship across North America and around the world. Jeff is also the creative columnist for innovation and business strategy for HuffPost. He was the first arts leader to be appointed one of Canada’s Top 40 Under 40 for 2009, and in 2010, Jeff was named Wilfrid Laurier University’s MBA Alumnus of the Year. In November 2010, he was appointed special advisor on arts and culture to the Mayor of Toronto. He is a recipient of a Queen’s Diamond Jubilee Medal. 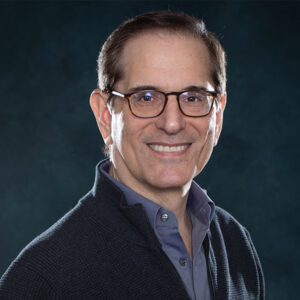 Kenin is a highly regarded executive, entrepreneur, financier, author and attorney. He has led multi-national companies with billions of dollars of worldwide sales and operations in more than 30 countries, completed more than US$10 billion of complex transactions, and led the branding, marketing and sales of entertainment content and consumer products grossing billions of dollars. He has served as Chairman, Vice Chairman, President, CEO, Director and Senior Advisor for public and private companies in Asia, Europe, North America and the Middle East, including: MGM/UA Communications; hair care leader John Paul Mitchell Systems; Island World; Premiere Radio Networks; Metro Traffic Networks; Patrón tequila; and the MGM Grand Hotel in Las Vegas.

As a top studio executive, Kenin selected and supervised the development, financing, production and distribution of hundreds of feature films, including multiple Academy Award-winning films and long-running television series. He has been involved in film and television production in Canada since 1984.

A native New Yorker, Kenin is the founder, Chairman and CEO of SMI Group, a Los Angeles-based company that forms and grows businesses worldwide and owns a fully-licensed SEC-registered investment bank. SMI Group’s principals have completed more than US$50 billion of transactions worldwide. He began his career as an entertainment attorney in Beverly Hills and New York, served as a senior executive for a leading television production company and then joined Merrill Lynch investment banking, where he specialized in mergers, acquisitions and complex financings, often focused on entertainment and media.

Kenin is an author, producer and a member of the Academy of Television Arts and Sciences. He received an A.B., M.B.A. and J.D. from Columbia University, with honors. 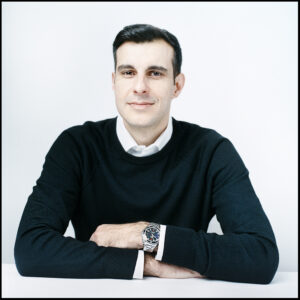 Jonathan is responsible for the strategic direction of Stratagem Studios and oversees global studio operations. A dedicated champion of Toronto’s screen community, Jonathan is actively engaged in enriching its human and physical infrastructure.

Before joining Stratagem Studios, Jonathan served as the President of NABET 700-M UNIFOR, which represents Ontario film, television, and new media technicians. UNIFOR is Canada’s largest private sector union. During his 15-year tenure, he grew NABET 700-M UNIFOR into one of Canada’s foremost entertainment-industry unions, () leading the local during the most prosperous period in its history, with record increases in membership, market share, and financial liquidity. Jonathan also sat on the UNIFOR National Media Council, which includes workers employed in film, television, graphical, printing and news media and he was the Media Sector Representative on the UNIFOR National Executive Board, which includes more than 300,000 workers across numerous sectors

Since 2004, Jonathan has been directly involved in working with U.S. and Canadian studios, networks, investors and production companies to bring numerous film and television productions to Ontario.  Heis Co-Chair of the Toronto Film, Television and Digital Media Board, where he led the development of Toronto’s strategic plan for the screen industry.

Outside of entertainment and media, Mr. Ahee also has served on numerous Government boards and committees, including for projects outside of the entertainment industry.

Her related experience includes positions at Secret Location, The Academy of Canadian Cinema and Television, Telefilm Canada, the Canadian Media Fund (CMF) and the Motion Picture Bond Company. Alex actively supports emerging talent as a mentor with York University’s Schulich School of Management “Adopt” and Executive MBA programs and the Women In Film and Television (WIFT) Mentorship Program. Alex served on the WIFT-Toronto Board of Directors for the last 5 years, the last 2 as Chair of the WIFT Foundation. Caroline Drury draws on deep organizational, technical and people skills to assist in the strategic development of Stratagem and to support the vision and execution of the business plans for our portfolio of companies.

Caroline began her business career at the Vancouver Symphony Orchestra, where she was Personal Assistant to the Music Director, Executive Assistant to the President and CEO, and Social Media & PR Associate. Following this, she became Manager, Social Media at the Toronto Symphony Orchestra, and then Digital Specialist for York University, one of Canada’s leading universities.

Previously, Caroline was a successful artist, recording and touring globally as a jazz vocalist with The Peters Drury Trio, and studying with renowned Canadian sopranos Tracy Dahl and Monica Huisman to earn a Masters of Music from the University of Manitoba.